Letter to the New Generation

Corporate Responsibility Action for the Elderly “A Letter to the Young”

The aforementioned TV advertising spot was broadcast during the campaign in 2014.

The initiative “A Letter to the Young” aimed to shine the spotlight on and honour the elderly around Greece on the International Day of Older Persons (01/10), providing them with an opportunity to share their knowledge and precious wisdom with the younger generations. In addition, it aimed to provide material help to the elderly poor who were suffering the effects of the economic crisis.  At the same time, it promoted the awareness of young people of the “preciousness” and value of older people today in Greece and strengthened the dialogue between the two generations. 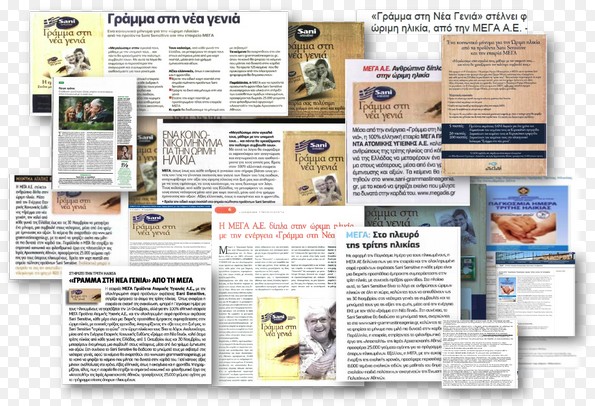 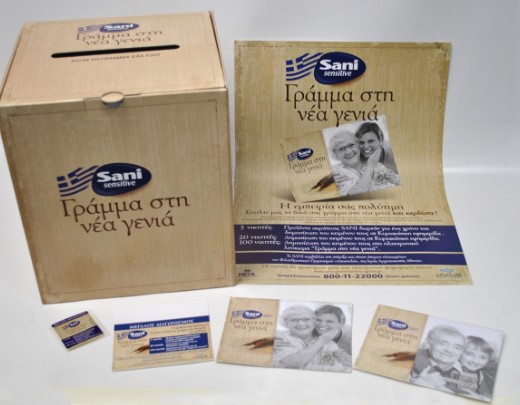 We received more than 1,000 letters from around the country, letters written based on values that can never fade away. Greek values that transcend time and inspire us all. Optimist letters that encourage young people not to leave the country, not to give up, to keep dreaming, to be better people and to hold family values high, given their importance in times of crisis. We also received hundreds of letters from elderly people who asked their nearest and dearest for more love and attention, as they no longer can afford to wait. Lastly, we received many apologies for the mistakes that were passed on to the younger generations, which older people blame for their suffering today.

All the texts were posted on the website  www.sani-grammastineagenia.gr, which asked the young to vote. Young people read what the older people had to tell them, picking 134 letters that moved them most. We then created a special album that was distributed, free of charge, around Greece as an insert in a large circulation Sunday paper.

Aside from providing moral and psychological support, the “A Letter to the Young” initiative also provided materially for the elderly poor, in support of the initiatives of the Charitable Organization of the Holy Archbishopric of Athens.