Who is affected by urinary incontinence

DATA REGARDING URINARY INCONTINENCE IN GREECE

Studies* performed in Greece have shown that one out of three persons aged between 20 and 60 may experience, in one year, an episode of involuntary urine leakage – i.e. incontinence, with women being affected more than men, of whom only one in five experience urine leakage.

In general, one in four persons aged over 40 experiences urinary incontinence.

Age is an important factor in the onset and evolution of incontinence.

In women, urinary incontinence worsens dramatically year after year until the age of 60. It is at its apex in the age bracket of 55-60, while the frequency of onset decreases in the 60-70 bracket to start significantly increasing after the age of 70.

*The data in literature on urinary incontinence in Greece originate from studies conducted by the Urologist E. Spyropoulos and his associates. 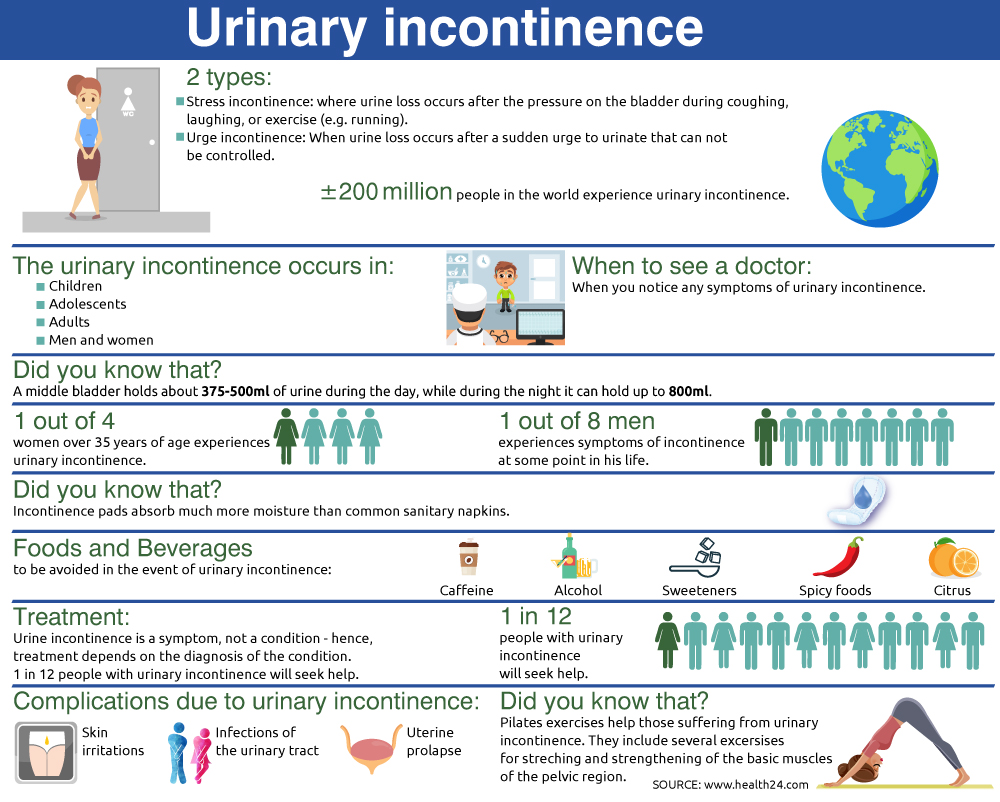